I had a chance to ask a few questions to Luke Holland, a very popular and successful YouTube drummer. See what he has to say! 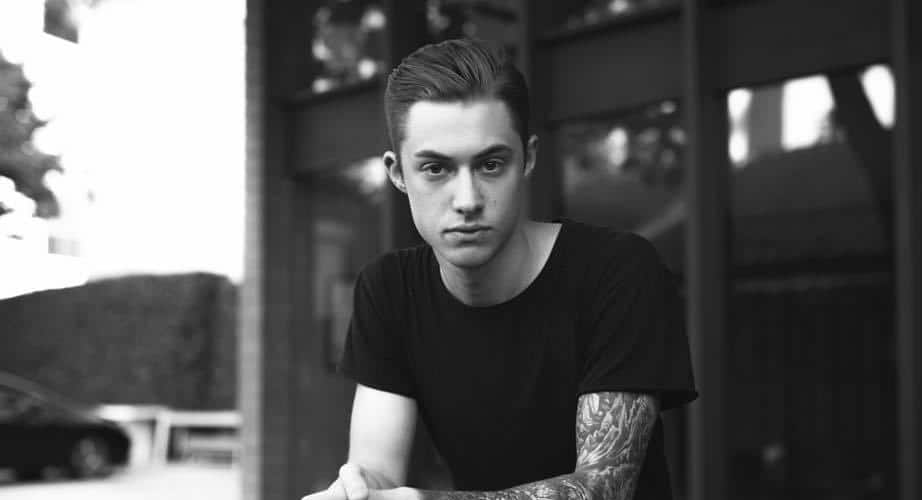 Luke Holland is an American drummer best known for his covers and remixes on YouTube. Luke was born in Peoria, Arizona in 1993 and gained an interest in drumming through his neighbor at around 10 years old.

After playing for his high school marching band and a local band, Luke started to post drum covers and remixes online. After about another year, his YouTube channel exploded and Luke became an internet celebrity quickly after that.

Other than YouTube, Luke has also been a drummer in the metalcore band The Word Alive, and today he continues to provide session work, clinics, and drum lessons.

Today, his YouTube channel has over 500,000 subscribers, with 23 of his videos having over 1 million views.

You’re a self-taught drummer with chops and creativity that most drummers can only dream about. Are there any important exercises that helped you get to where you’re at now?

I grew up listening & learning, absorbing other drummer's repertoire's into my own style. I'd like to think of myself like a walking hybrid of all of my favorite drummers, or drummers I used to look up to at the time. It's like, "Oh hey, you spent X amount of years learning this, I'm gonna steal it. Thanks!" Playing snare on marching band when I was 14 & 15 years old for 3 semesters played a massive part in my playing. I drilled rudiments & dynamics nonstop.

What is your process for coming up with new compositions for songs? How much of it is improvisation, and how much of it is something that you slowly work out piece-by-piece?

My process varies for coming up with my compositions. Sometimes, if the song speaks so clearly to me & I vibe with it on another level, I can come up with the composition that day. Other times, it can take me up to a week or two weeks. It's quite simple; listening over & over, & working off of the parts of the song so that way the song & the drum composition are having a conversation with each other the entire time.

Having had the chance to tour with bands like The Word Alive and Polyphia, was there anything that surprised you as far as the touring musician lifestyle goes? Or was it pretty much exactly what you expected it to be like?

I've never played with Polyphia. Jason Richardson & myself did 2 tours with them. To be honest, I never really saw myself as a touring drummer. I didn't know what to expect. Telle from The Word Alive called me in 2012 when I was 18 to join the band, I just went into it totally blind & ended up spending 5 years of my life with them all around the world almost a dozen times. I'm very grateful for those experiences.

How did you land your endorsements with Meinl, Vic Firth, DW Drums, and Remo? Did they approach you first? What is your relationship like with these companies today?

Each company has a completely different story, but I'm extremely humbled & grateful to have such supportive companies at my side. Meinl signed me when I was 17, Chris Brewer of Meinl USA was the first big dog to believe in me. We all have amazing relationships to this day.

Being that there are only a small handful of drummers who became famous through YouTube, how has the professional drum community welcomed you? Are there any drummers in particular that you look up to that you’ve had a chance to connect with?

To be honest, there aren't many drummers on YouTube that are respected in the real life drumming community. That may be perceived a certain way, but it is just the blatant & honest truth. I've connected with every single drummer I've ever looked up to on a personal level & am very humbled to call them all good friends now.

Being a famous YouTube creator, I’d imagine you inevitably hear from all sorts of internet trolls and haters. Are you able to look past it all? And if so, how long did it take you to not let it affect you?

It took me a year or so to get over the haters. I started YouTube in 2009, & never expected anything serious to come from it. About a year later, when I was 17, the trolls started coming out of their caves. I would ask myself, "Why are these people so upset? Where are their videos at?" Eventually, I realized that none of them matter. It's very easy to dwell on the negative, but once you get rid of that poisonous habit, you're way better off.

Do you have any tips for other drummers looking to start their own YouTube channels?

YouTube is a great platform, don't get me wrong, but people's attention spans aren't the same today like they were when I started. People would sit down & watch a 3-5 minute video & be entertained. Now, in the world we live in today, people can't go 30 seconds without checking 3 other apps for notifications etc. Times have changed. I would almost recommend Instagram over YouTube. However, try to think outside the box. Also, you can get the BEST production in the world, but if the skill isn't there, it will be very short lived success. Remember, your instrument always comes first.

Where and how did you learn those sweet stick tricks? Do you think you’d be where you are at today if you had never learned them?

The stick trick idea was entirely inspired by Adam Gray, the drummer for Texas In July, who is no longer a band. I would watch videos of him playing live with his band, & instead of leaving negative comments because I couldn't do what he did, I was inspired & went to my kit & learned it myself, then put my own spin on it, no pun intended. The entertainment aspect played a huge part in my beginnings, because I could accurately play these technical songs but throw in the flair on top.

Are there any relatively unknown or up-and-coming drummers you think everybody should go check out?

If you haven't already, please go check out my friends Devon Taylor, Ray Marshall Jr., Rico Nichols, one of my students from China 'Howie', Bohemian Renaissance, & tons more. Some of them are definitely not 'up & coming', but the world should know their playing for sure!

I'm going to be doing more touring internationally by myself, as well as original music & collaborations with a lot of my favorite artists. It's going to be a hell of a year.

You can also catch Luke on his other social profiles here: