You’ve got your drumsticks – but what should you start learning first? Here are my favorite 14 easy drum songs for beginners to learn.

Looking for a few easy drum songs to learn?

Lucky for you, we have compiled a list of what we believe to be easy drum songs for beginners that can be learned with just a bit of time and practice. Well, that and of course, a drum set.

Don’t have a drum set yet? We recommend trying to get your hands on this Yamaha DTX402.

Once you’ve got that, and you are ready to rock out, head back here and pick a track to start taking your skills to the next level…

Kicking off this list, we have probably one of the more mellow songs to play on the drums.

Creep by Radiohead starts off with a very basic, almost monotone drumming pattern based around a simple paradiddle rudiment. But it gradually builds into a full-on lick with heavy use of kicks and hi-hat during the chorus and then back into the basic groove. It sounds simple, because it is, but more importantly, the paradiddle that you hear throughout the song is actually one of the most important rudiments to master.

One of the easiest old school rock songs to learn on drums is Back In Black by AC/DC.

Phil Rudd outdid himself on this track with his excellent comping style and inclusion of a few ghost notes that you probably never even paid much attention to before.

If you are new to drumming but are going to be playing in a band at some point, seriously study this track, or really anything that features Phil Rudd on the drums. The reason I say this is because AC/DC is known for always being extremely synchronized. This is what is known as comping, and it is an extremely important skill to master if you plan to play with a band.

All that you need now is in your soul… This song is a beautiful testament to the musical prowess of Lynyrd Skynyrd and Bob Burns’ ability to pull at the heart strings of listeners through a combination of emotionally deep-striking vocals paired with sounds of pure melancholy from the beat of the drums.

This is a simple song to play on the drums and it is a song that, honestly, every drummer should know how to play.

Weezer is one of those bands that you either love or hate, but there is no denying that these guys know their instruments like the back of their hands.

One of their biggest hits (beside Hash Pipe and Buddy Holly) is the daydreaming song known as Beverly Hills. Aside from just being one of their more popular releases, it is also an extremely easy drum song to learn.

The track starts off with a mixture of both single and double stroke rolls scattered throughout the length of the song, allowing enough room for plenty of self-styled fills. The chorus is the trickiest part but is surprisingly also very forgiving of small breaks.

Okay, so including Weezer’s Beverly Hills was simply not enough, we had to through in Buddy Holly just for good measure. Raise your hand right now if you ever jammed out to this track in high school because I need to give you a high-five!

A nice, clean and steady pace is what this track is all about, but they do it in a way that makes it seem so much more complicated than it actually is. It is for that reason that this song is extremely easy for drumming newbies to pick up on and sound like a professional in record time!

6. When A Man Loves A Woman – Michael Bolton

Want to learn how to play slow, melodic, loves songs on the drum? Look no further than this classic Michael Bolton track. This is actually the very first drum song I ever learned, and it was the perfect introduction.

Using little more than some basic cross-sticking skills and plenty of cymbals backed by a bass drum, any drummer should be able to tackle this song and style of drumming fairly easily and with little fuss. There isn’t much else to say about Michael Bolton’s version of this song other than it is very much an easy drum song for beginners and it is smooth as butter!

Unless you are a hardcore ZZ Top fan, I can’t blame you for thinking that the drums on this track were actual drums. But nope, this song came out at a time in ZZ Top’s history when they started experimenting with synthesizer and other electronic manipulation on their songs. If you go back and listen to tracks such as Francine from the Rio Grande Mud album, you can certainly tell the difference between Frank Beard’s style and the drum machine.

Nevertheless, that does not take away from the fact that most drummers have played Sharp Dressed Man more times than none, either while in jam sessions with friends or when learning how to keep a rhythm. This truly is one of the best drum songs to learn when just starting out.

8. Another One Bites The Dust – Queen

So far we have covered one song that is carries a monotone beat; Creep by Radiohead.

But believe it or not, Queen’s high-energy track Another One Bites The Dust is actually really simple to play on the drums. It is so simple in fact, that it only really takes 3 things to play it successfully. You will need a closed hi-hat, snare drum and a bass drum. Well, of course, you also need drum sticks but we figured that should probably go without saying. It's one of those fun drum songs that can be learned super quick. It might be easy, but it's also one of the most iconic easy drum beats.

Ask any drummer which drum licks were the most memorable of all time, and I can assure you that they will include Heart Shaped Box by Nirvana. Who could blame them? After all, it was Nirvana who played the tune of the disenfranchised youth of the early to mid-90’s.

Dave Grohl delivered an outstanding job with the drums on this track, and if you listen close enough you can hear all the small details that make up one of the most exceptional pieces of music. The way that he guides the guitars into the chorus and then transitions right back to into his melodic rhythm is amazing. Pronounced rim clicks alongside the sharp slap of the cymbals during the heavy guitar riffs during the chorus is just icing on the cake.

While this song is indeed a masterpiece, it is also probably one of the most easy songs to learn on the drums.

Green Day was in full swing in the 90’s as they catered to the edgier punk scene. They were the soundtrack to most of my own teenage years… but in 2004, Green Day transitioned over into more of a pop sound. It was also that same year that they released a new smash hit, only second to their song Basket Case.

Boulevard of Broken Dreams is fairly easy for drumming beginning who want to develop a style more in line with “poppier” music. Throughout the song, the rhythm is fairly uniform, but be warned that the licks during the chorus do present a little bit of a challenge for you to master.

Paradise City is arguably one of Guns N’ Roses greatest tracks due to its memorable chorus and upbeat sound. Making brilliant use of the crash cymbals throughout the track accompanied by his on point kick-snare beat that catered to carrying the weight of legendary guitar riffs is what put him on the map as one of the greatest drummers of his time.

There is a reasonable amount of drum transitions and little room for many fills, but its linear rhythm makes it approachable for drummers of just about any level.

The insidiously slow, thumping tempo that Bill Ward was able to pull off is what gave this track its dark ambiance and sense of impending doom. It provides the perfect backdrop for Ozzy’s equally as dark and slow, melodic vocals.

This is the perfect song for a new drummer as it is easy to get the basic pattern down, and there is plenty of open space for embellishing with a few creative fills. More importantly, it also presents the new drummer with a couple of formidable challenges such as a large change in tempo at the end of the track, and a triplet ride pattern that isn’t exactly the easiest to master. But when you do finally master them, the sense of accomplishment will make you want to keep learning and drumming.

This song by Judas Priest is not just famous for coining a viral phrase… it has also been parodied in various TV shows including both Beavis and Butthead, and The Simpsons.

If you are new to drumming, I would probably save this track until you master a few others that are a bit more simplistic. While this track is definitely easier than most for a beginner to pick up and start playing right away, it does features some fills that can be hard to time perfectly and heavy use of the hi-hat.

However, for the brave new drummer who wants a basic pattern that encourages learning some solid hi-hat skills, you can’t go wrong with Breaking The Law!

As you begin to advance with your drumming skills and are starting to learn more about how to compose a heavy metal lick, try your hand at one of the greatest hits in heavy metal!

If anyone ever tells you that Lars Ulrich is anything short of a drum God (with a capital G), they have obviously never listened to this track or they just hate metal. The song as a whole starts a fire under you and lays down razor-sharp lyrics accompanied by shrieking guitar riffs and drumming that sounds to be composed for the purpose of rallying an army.

Complete with plenty of triplets to master and off-beat fills to try and fit in, this is the perfect track for any aspiring drummer to really get in a good workout. It's one of those easy metal songs that's a must-learn for any drummer. 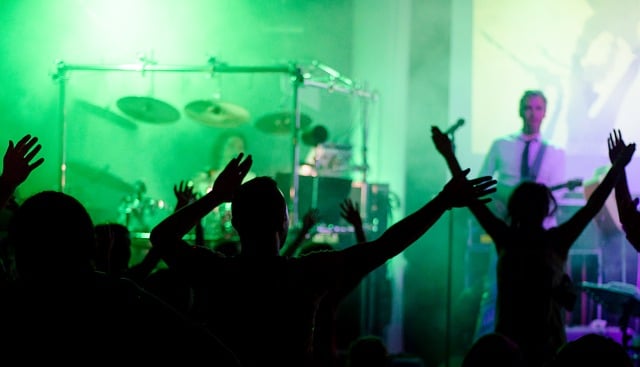 As you can see, there are plenty of beginner drum songs to learn. It just takes a bit of patience, time, and dedication to your craft to hone your skills to musical perfection.

Want to learn a few tips and tricks? Need to see which drum heads are worth your hard-earned money? Our blog here at DrumRadar is full of all kinds of drumming goodies that can help drummers of all skill levels.